One question which often arises while designing a bi-lingual website is how to show the option to change language. Well, to be honest, I suspect the question doesn't actually get asked - many websites just use national flags, without any thought of the significance of the flag: e.g.

...but that is completely unacceptable!

Some sites even use the Union Jack to represent English.

(that's the website of Cered, the Ceredigion Language Organisation, who really should know better - but at least they have the name of the language as well)

The Union Jack is the flag of the United Kingdom, which includes Wales (where some people speak Welsh), England (officially English only, but in practice many, many languages), Northern Ireland (English and Gaelic) and Scotland (English and Scots Gaelic) So completely wrong!

I believe that the only option is to use the name of the language, in the language, so 'Cymraeg' and 'English' (and perhaps 'Castellano' in South America and 'Español' in Europe, Български or whatever)

Here's an example of a site we developed for an EU-funded project, that involved people from six countries/regions:

From Marathon to Waterloo....

I've always been interested in history and so it's given me great pleasure recently to develop a new website for an old friend who goes round giving extremely entertaining talks and lectures on a wide range of historical subjects to local groups and societies around Cambridgeshire, Peterborough, Lincolnshire and Northamptonshire, and other far-flung parts of Eastern England.

It's been an interesting project - we wanted (and needed) something relatively simple and straightforward, which gives the basic details of who he is and what he does, how to contact him, and what exactly he offers: a classic 'brochureware' site. We still wanted something attractive and so we made use of a selection of colourful open-source images of the subjects of his lectures, which really lifted the whole site. The main design was almost monochrome, but it works well with the flashes of colour from the images. 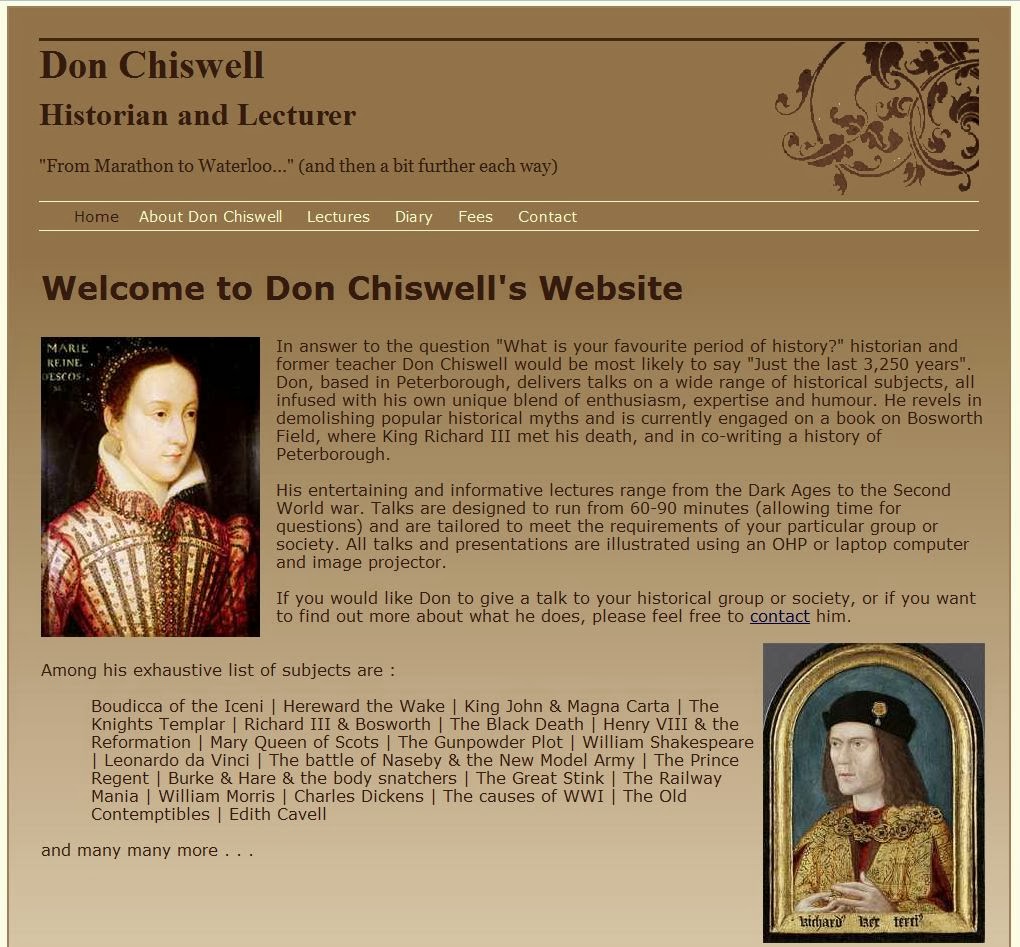 You can visit the site at www.chiswell-history.co.uk

The basic site went live in February 2014. It's built with our content managent tools so can be easily updated to add events and new subjects as they become ready. We still need to do a bit of SEO work getting a decent placing in Google, but that can't be done overnight.